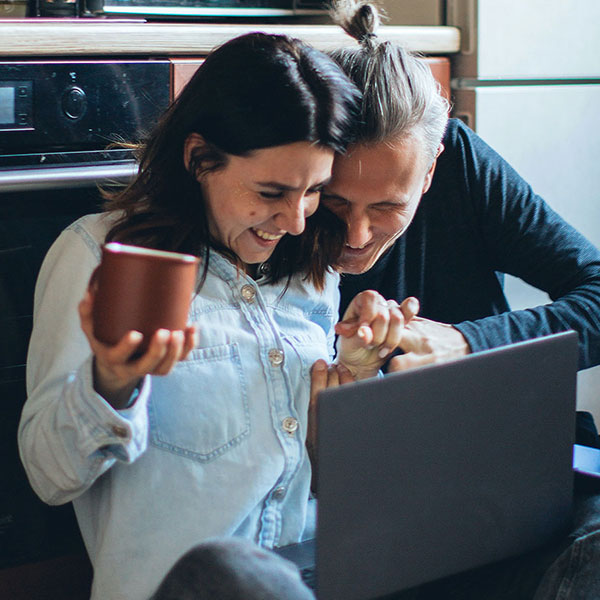 Here's what David Waight had to say:

Mother Goose Estate Agency in Southborough, near Tunbridge Wells in Kent, is one of the latest businesses to benefit from a Target Ink website.

Mother Goose was launched in 2009 by Directors David Waight and Jenny Ireland, who had worked together at another firm and felt that they could bring a new approach to selling property, centred around being approachable and friendly. They chose bright branding in primary colours and took the step of putting their own faces on sales boards, so people could see that there were real people behind the business.

The past few months have been extremely busy for the team, particularly during the time of the Stamp Duty holiday, and Mother Goose sells homes from Sevenoaks down to Crowborough in East Sussex.

“Having been in town for more than 10 years now, much of our business comes from referrals and, increasingly, old clients returning to us when they decide to move again,” says David.

The firm’s location on London Road in Southborough, right by traffic lights, also helps Mother Goose to maintain its profile.

On top of all this, the team has acknowledged the importance of having a website and has done since the business launched. Recently, though, they recognised that their existing website was getting tired, so they started to think about a new one. Having chatted to their IT support, he immediately suggested Target Ink.

Although the two businesses were based close to each other, the Covid-19 restrictions at the time, meant that they were introduced via Zoom.

“We were immediately impressed by Target Ink,” says David. “Rob was keen to find out about Mother Goose - what we stood for and our approach to the business. The team also chatted with our social media support to make sure that the website works well with our various channels.”

He continues: “Target Ink went away and came back with two new potential designs. We were really happy with what we saw and, in the end, took various aspects we liked from both of the designs to come up with what we’ve got today.”

Mother Goose had recently had a corporate video created for them and they were keen that this was incorporated in the website, which it was. The home page of the website also includes a video, rather than images, which really attracts and engages visitors.

“The new website is slicker and smoother now and much easier to navigate than our previous one,” says David. “We’ve also got a ‘featured property’ section, which works really well.”

He adds: “I wouldn’t say that we had any particular challenges which we went to Target Ink to solve, but they certainly had a solution to any questions we had. Rob makes himself really available, which is great. We’ve signed up initially for 12 months of support and that gives us peace of mind that Target Ink is there to help us with anything we need.”

As well as having access to Target Ink’s maintenance support system, the Mother Goose team have also been given access themselves to certain parts of the website, for instance, to mark when properties go under offer and changes need to be made then and there.

“What’s been particularly helpful in this respect is that Rob has sent us some learning videos, which talk us through what we need to do,” David explains. “On top of that, any requests we put on the maintenance support system are always actioned really quickly or certainly acknowledged, so we know they are being dealt with.”

He adds that he’s had some very positive comments about the new website.

“Would I recommend Target Ink? Absolutely I would, 100%. The team is really enthusiastic and they worked us out very quickly,” says David. “We really enjoy working with them.”

want to know how we can help you with:Web Design
Other services for this project:
Web DesignWebsite Support